So says a new Paper, in so many words, which was published today (6th June 2018) by Transport Systems Catapult (TSC) and the University of Sheffield about Blockchain’s potential uses in transport. The Paper injects a much-needed note of authority and realism into the froth surrounding this topic.

The power of the internet to spread the word about new inventions means that the world is already awash with soothsayers predicting Blockchain’s power to transform many industries. Therefore, TSC’s report has arrived not a moment too soon for the transport sector.

Using its own highly skilled resources and calling on a wide range of experienced academics, including Prof. Lenny Koh from Sheffield University, TSC’s Paper injects some much-needed realism and explanations about what Blockchain could do for transport, with several summarised use-cases, some pointers to how we should set about it and a useful assessment of some of the risks.

It is the the ‘how’ and the ‘risks’ that I am focused on because, whilst the internet is great at spreading ideas and enabling peer reviews of inventions, as well as providing the infrastructure for digital technology to run on, it also tends to increase expectations long before the hard work has been done to make new digital inventions a reality. Imagine if James Watt’s proposed improvement of Newcomen’s steam engine had been subjected to this amount of public scrutiny before he had even built a working prototype. This could well have led to people in periwigs and frock coats to imagine themselves flying around in the baskets of steam-powered balloons. So, I apologise for seeking to bring us all back down to earth, but I want to build on TSC’s call for proper investigation and funding for the potential uses of Blockchain and urge that we find some money, as soon as possible, to actually build some stuff. I know this is starting to happen but we need more of the same, a lot more.

Blockchain brings with it significant risks. It may not turn out to be good at everything or even good at some of the use cases that TSC has proposed. The technology is in its infancy. The allure of decentralisation and the level of protection it affords through immutability sound great. However, some Blockchain implementations do not run very quickly, make inefficient use of compute resources and storage and introduce unacceptable latency. Bitcoin, the most famous implementation of the technology so far, has certainly found that out. Part of the reason for that is the global ‘mining’ activity involved in Bitcoin transactions but we should not forget that transport is every bit as global an activity as financial services, so we need to think very carefully about how to architect its roll out across the sector to avoid issues of latency and excessive consumption of compute resources.

If ever there was a case where it is not enough for a small prototype to demonstrate that something can be done, Blockchain is it. I have been pulled in to troubleshoot too many projects where not enough load, stress and soak testing was done and where no-one thought sufficiently about the large scale production architecture, to be caught out by that one. It is not enough for the thing to do something cool in a lab environment, it has to be repeatable all over the world, with a throughput of tens of millions of transactions every day, before I will call it ‘cool’. I have some confidence that these challenges may be solved, and some already are being, but we must be prudent and not expect too much too soon.

I have been a technologist for more than thirty years and, amongst some of the harder lessons I have learned, one that stands out is what Mike Bracken @MTBracken, the first Director of the Government Digital Service, has so succinctly described as ‘do the thing’. 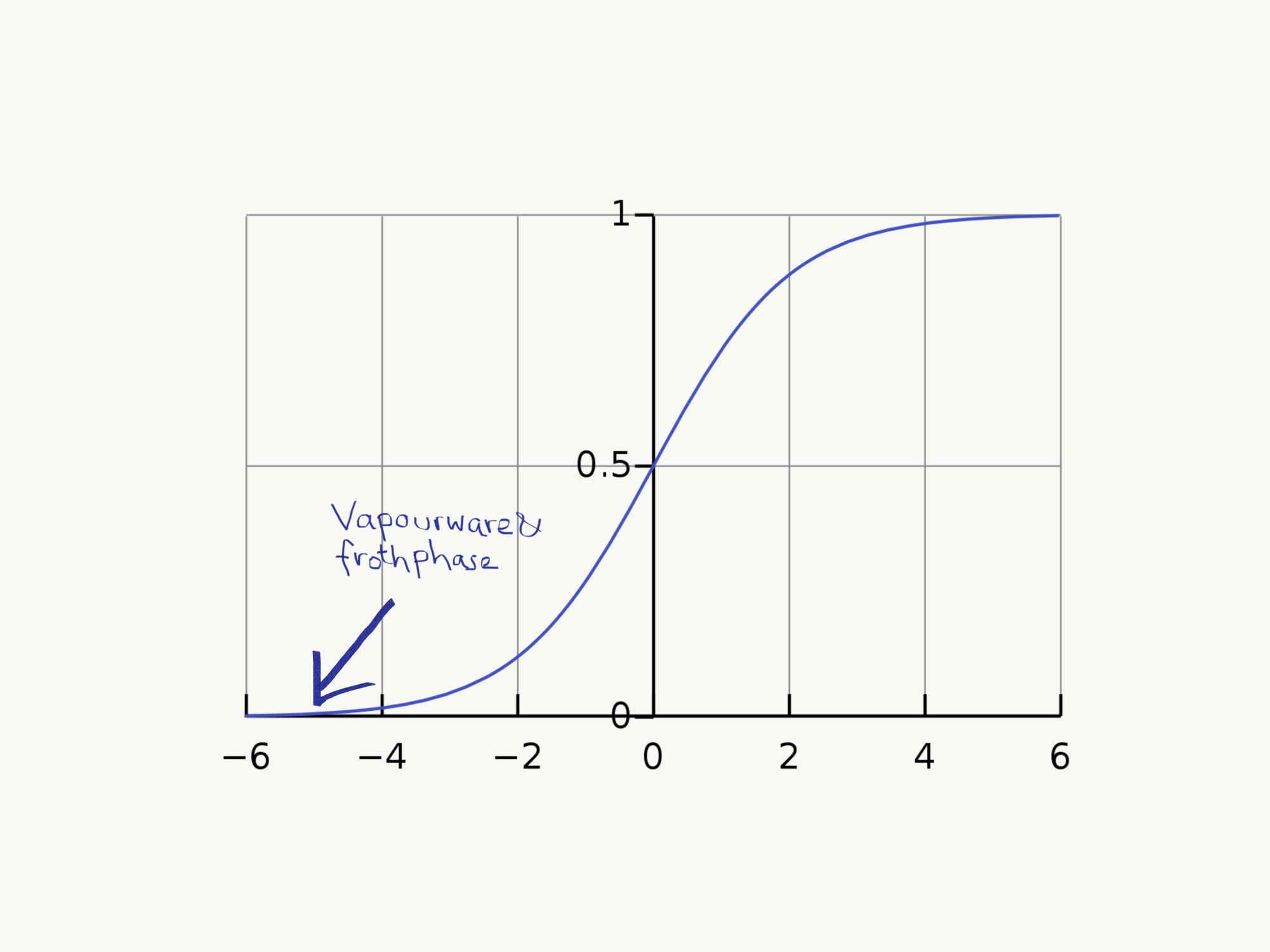 In the S-Curve of adoption we are very much in the vapourware & froth phase of Blockchain’s application to the transport sector. What we need to do is get on and build some stuff as quickly as possible. At present the only big thing I know of that is exploring how to scale is IBM’s work with Maersk using Hyperledger. There may be others. All I am saying is that I haven’t found any that are terribly convincing yet.

Blockchain is very much a technology where we will learn by doing. Colleagues I work with regularly @Valtech including Dan Klein @DPLKlein have learnt a lot by actually building an automotive Blockchain. Dan told me that one of the most important lessons the team learnt on that project, which applies to a lot of technology projects, is that if you have clever people doing the tech they can do a lot of stuff quickly and exquisitely but it is defining the human interactions and meeting user needs to get the service right that you need to focus on, as Valtech rightly did. Getting those wrong will slow you way down if you don’t do proper user research. You need to understand user needs and test and learn iteratively in a disciplined way using an Agile Delivery methodology, dividing work up into sprints and taking a proper approach to developing a series of minimum viable products (MVPs). Blockchain is currently in the ‘unknown problem space’ as my friend Simon Wardley @swardley would say, in relation to his approach to value-chain mapping. Therefore its many potential use cases are ideally suited to being developed using Agile Methodology.

I will be speaking on ‘The Application of Blockchain to Transportation-as-a-Service’ on the second day of the TaaS Technology Conference in Coventry on 10th July.